Softball Is Not A Game, It’s A Lifestyle 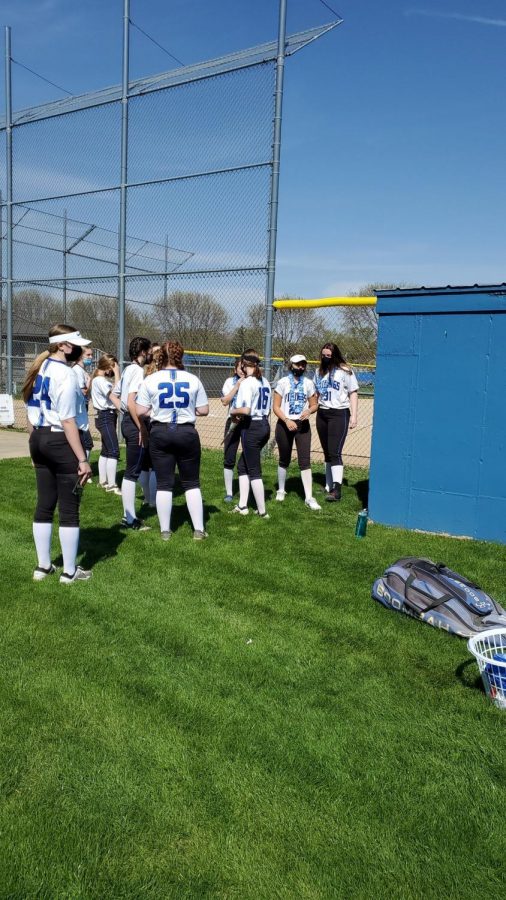 Spring is approaching fast and sports like Softball are already underway in preparing for their season.

Students that are interested in trying out for the Softball team that were unable to attend the meeting on September 15th should know pre-season workouts start on October 5th and end on December 9th. Workouts will be held every Tuesday and Thursday up in the indoor track at 3:00 to 4:00. Contact Head Coach Mrs. Plackett or Assistant Coach Mr. Judson for further questions.

Pre-season keeps changing so make sure contact one of the coaches.

“Last year we had conditioning, but it was really really limited to where we could be, how we could do it and when we could do it because COVID rules kept changing,” Softball Head Coach Ann Plackett said. “So, this year we are kind of going back to how we did it 2 years ago because the rules are still in place but a little bit more moveable. So now we can condition twice a week up on the track we are not necessarily limited to numbers anymore everybody can come so that is going to be really really helpful.”

Softball players should also be prepared to wear a mask indoors due to COVID protocols.  If the weather is nice preseason workouts will be held outside and masks will not be required.

It is very important to attend the Softball workouts.

“I need to see you at our conditioning sessions because to me that’s what matters,” she said.

The workouts will focus on plyometrics, and quick bursts of speed.

“Our teams has always been pretty young since I have taken over as head coach and you are playing people that are older than you are, so we are petty sophomore heavy right now and junior heavy,” Plackett said. “Lot of the teams we play in our conference are senior heavy. It might not seem like a big difference, but it is in terms of speed and power.”

Last year was a tough season for the Geneva Vikings Softball team.

“I think we worked well, there were a few issues here and there, but that was the lack of knowing each other because our sophomore year season got cancelled so there wasn’t a ton of team chemistry, so we had to kind of work on that as the season went on,” Senior Softball player Brianna Venditti said.

The team is looking to improve a lot from last year. Some big goals are working on being able to crawl out of a hole of despair during a game that is not going to well.

“It is mental toughness, and everyone has that ability to be mentally tough, but we all got to find it at the same time. Hitting is contagious but so is striking out so we have to work on that,” Plackett said.

Even though Coach Plackett has goals for her players that she would like them to achieve, some players have their own skills they want to work on.

“I really want to improve overall as a player and I also want to improve as a person on the team and become a leader and set an example for the younger girls in the program for this year,” Venditti said.

This year there will be four returning Varsity Softball players. They will be able to set an example for the younger girls because they have been in the program since freshman year. Therefore, they know how the program was affected by COVID.

Last year there were not a lot of games scheduled and no double headers.

“This year we already have 30 games on our calendar, double headers and playing almost every day so it’s going back to the way Softball used to be,” Plackett said.

A fun and exciting season is ahead for the Softball Team.

“I am really excited for this new season, I’m excited to see how we do and how the program will work this year because I know that it will be different from last year,” Venditti said.