Political polls point to a Biden win; but how accurate are they? 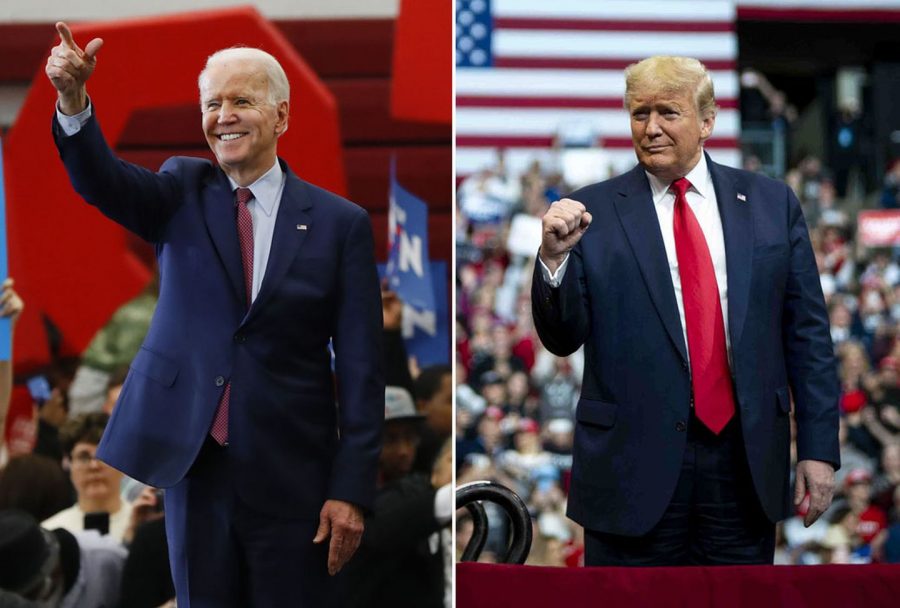 This same week four years ago, it was reported by CNN that Democratic nominee Hillary Clinton held a strong lead over now-president Donald Trump. Now, with Biden showing a similar lead in polls, many voters on both sides remain unsure of which way the election will end up swinging.

Going into the 2016 election, Clinton was the presumed winner among political scientists, showing a strong lead in most polls. Just three weeks before the 2016 election, RealClearPolitics noted that Clinton had a lead of 12 points in Michigan and seven points in Pennsylvania and Wisconsin; however, Trump ended up winning all three states in the electoral college. This time around, Trump’s 2016 win raises a question for Democrats and Republicans alike: are the political polls trustworthy?

According to CNN this week, former Vice President Joe Biden holds an 11% lead in national poll averages with an estimate of 53% of the vote, while the incumbent holds an average of 42% of the vote. However, IBD says that Biden’s lead is much smaller, down to a margin of just 2.3 points over Trump.

If history is to repeat itself, it’s the biggest fear for Democrats that this election will be a repeat of 2016, where the presumed winner in the polls (who, at this point is Biden,and was Clinton in 2016) will not win the election. Republicans, however, are hoping for that exact scenario to play out again, due to the voting of the so-called “silent majority” that is not represented in polls.

As multiple news sources have noted, there are two almost-eerie parallels between 2016 and 2020, one being that Biden and Clinton both held the same 11 point lead in the October Wall Street Journal poll. Additionally, there’s been a late-breaking email controversy involving Hunter Biden and Russia, which mirrors that of Clinton’s email scandal that came out just days before the election.

Unlike 2016, however, there are a few differences that could change the outcome of the election. For one, there is less of a presence of undecided voters this late in the election cycle. According to USA Today and CNN, as many as 95% of voters have already made their minds up on who they are voting for. For those undecided, there is one final presidential debate set to take place on Thursday after the second debate was canceled in the wake of President Trump’s positive coronavirus diagnosis.

Additionally, Biden and running mate Kamala Harris have been campaigning in-person or virtually in battleground states like Wisconsin, Arizona, North Carolina, and Pennsylvania. Clinton notably neglected to campaign in Wisconsin due to polls showing her easily winning the state–only for Trump to win it instead. However, just like 2016, Trump has been rallying heavily–oftentimes flying cross-country to host multiple events per week even after recovering from coronavirus–while Biden has taken the same route that Clinton did by taking campaigning easy in the final weeks.

Overall, only time will tell how the election will play out, but one thing is already for certain: this election is going to be one that changes the future of America. With important issues like ending the Coronavirus pandemic, appointing Supreme Court justices, and battling climate change on the ballot, this election will change America no matter which way the vote ends up swinging on November 3rd.