Coronavirus spreads, and brings fear with it 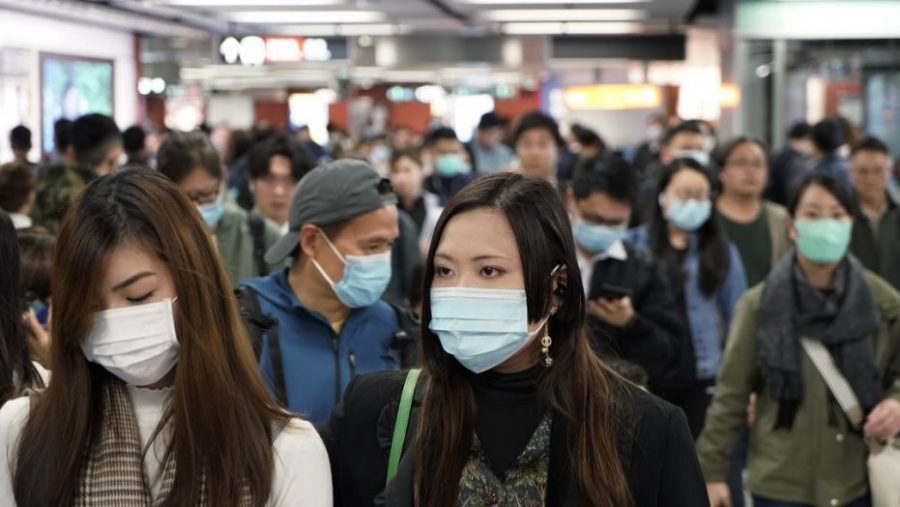 As of the early morning of January 23rd, 2020, eighteen deaths have occurred and hundreds of people have been severely infected with a virus that is spreading through China.  These numbers nearly doubled in just the course of two days. Face masks have sold out at all stores in China and when going to an airport or train station, passengers are checked for symptoms in hopes of controlling the terrible outbreak of the virus referred to as the coronavirus.  The pneumonia-like virus has now spread to Taiwan, Japan, Thailand, South Korea, and even a case in the United States. North Korea, fearing the spread of the virus into their country, closed its borders to any foreign tours, especially targeting China.

The United States, having not yet taken the same precautions as other countries, confirmed the first case of the coronavirus on Tuesday, January 21st.  Just north of Seattle, Washington, a thirty-year-old man was diagnosed with the virus after returning from his trip to Wuhan. Though expected to make a full recovery, people are left rattled by the news of a case in the United States.  Passengers flying in from Wuhan, China at Chicago’s O’Hare International Airport and the Hartsfield-Jackson Atlanta International are being screened for the virus along with other international airports by the end of the week. Despite the possible spread to the United States, the risk to the American public is very low.

The virus is spread through human-to-human contact though there are some carriers referred to as super-spreaders.  These so-called super-spreaders are highly contagious and can infect dozens of people at a time. Though people can be infected anywhere, the epicenter of the illness is Wuhan, China.  The travel warning given by the Centers for Disease Control and Prevention for Wuhan was just recently upgraded to a three, the highest possible level. This change in the warning was escalated by China enacting a public transportation lock down for all of Wuhan’s buses, ferries, and subways along with a temporary closing of the airport and railway stations.  Immediate care is recommended to anybody that has traveled to China in the past few weeks and is experiencing a cough, fever, or trouble breathing. The incubation period of the virus is about a week, so many are still unaware of whether they may have been infected.

In hopes of putting an end to the virus, the National Institutes of Health is working on creating a vaccine.  Despite the fast action, it will take a few months to bring a vaccine to clinical trials and even longer to actually make it available.  Creating a vaccine is made even more difficult due to the fact that the virus is mutating rather rapidly. There is great difficulty in predicting the future of the virus, but scientists hope to stop the spread as fast as possible.

In order to protect oneself, scientists recommend cooking meat and eggs very thoroughly as the virus is believed to have started in another animal and then spread to humans.  Severe cases of the virus can lead to pneumonia, kidney failure, and death so it is advised to visit a doctor immediately if experiencing any symptoms. Overall, taking the same precautions during any flu season such as washing hands and trying to stop the spread of germs will drastically help in protecting people from the coronavirus or any illness in general.

Update (1/25/2020): The numbers of those affected by the coronavirus are constantly increasing, nearly doubling each day.  As of January 25th, 2020, 41 people have died as a result of the coronavirus and at least 1,370 people have been infected around the world.  Those at the highest risk of death from the virus are the elderly and children, so Hong Kong made the decision to close all of its schools until February 17th in hopes of stopping transmission of the virus.  Over 10 million people are currently on local lockdowns as a result of the virus, and Wuhan, the location where the virus started, has workers rapidly building a new hospital of 1,000 beds. The United States recently confirmed its second case of the virus in Chicago from a woman who had been visiting her ill father in Wuhan, but there are at least fifty other possible cases between twenty-two states according to the CDC.  With people reacting rapidly to the virus and countries working together, spirits remain high that the virus will quickly be controlled.