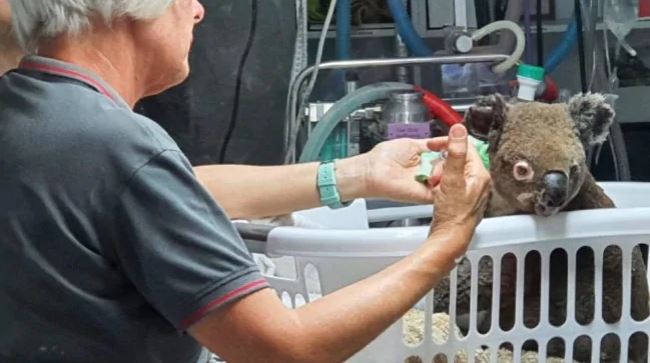 The tragic wildfires surging through the continent of Australia have had rather devastating effects for the entire continent.  Not only have there been many deaths and ecosystems destroyed, but the precious and uniquely Australian animal of the koala is facing the worst results of the fire.  Following these treacherous fires, word spread across social media that koalas were “functionally extinct”.

When people hear the word “extinction”, they normally fear the worst: that a certain species is no longer in existence.  In this sense, though, functional extinction means that a species, koalas in this case, no longer plays a role in an ecosystem and is on its unstoppable way to extinction.  Though koalas are facing great danger and their species is not thriving, they are not at all functionally extinct. Not only that, but koalas are not even technically on the endangered species list yet, though they are, in fact, closely nearing it.  Saying that koalas are “functionally extinct” is actually more harmful to the koala population because it implies that the species is at the point in which nothing can be done to help them. With a species supposedly being beyond the point of salvation, many will think it unnecessary to try to aid the animals through donations and other funds when this is truly not the case.  Koalas are very much in need of help and any donations would be incredibly constructive.

Despite koalas not yet having reached the endangered species list, their numbers are quickly dwindling.  In some parts of Australia, it is believed that the population of koalas has decreased by 80 percent and at least a thousand known koalas have died in the fires alone.  This number is suspected to actually be much larger, and, sadly, it will increase. The home of the koala is the forest, and with the fires ravaging their homes, there is not much that the koalas can do to avoid their fate.

The only choice that koalas have to avoid the fires is to climb even higher into their trees where, hopefully, the fires cannot reach.  Typically, koalas will live inside of eucalyptus trees which have adapted over the years to be more fire resistant. The trees are able to sprout up and regrow rather quickly following fire damage, but with such a large amount of deaths in the koala population, it is indicative of a bigger problem that scientists are currently trying to solve because the trees are supposed to keep the animals safe.

Though koalas are not yet “functionally extinct” many Australian scientists are concerned for their well being as the fires are only supposed to worsen in the coming months.  As of now, Australia is in its spring season, but in January and February, temperatures are expected to rise and the drought to worsen, leaving the fires and the continent in an even worse condition than before.

Currently, the veterinary clinics in Australia and koala treatment centers, specifically The Koala Hospital of Port Macquarie, are overfilled with koalas, and these numbers are expected to rise with the coming months.  To help these needy animals, The Koala Hospital of Port Macquarie is accepting donations and has already received over $1.6 million, but they are in need of much more. Hopefully, koalas will be stopped from ever reaching the endangered list, let alone the extinct one.