“Joker”, Why It’s Different, and Why Different Doesn’t Make It Good 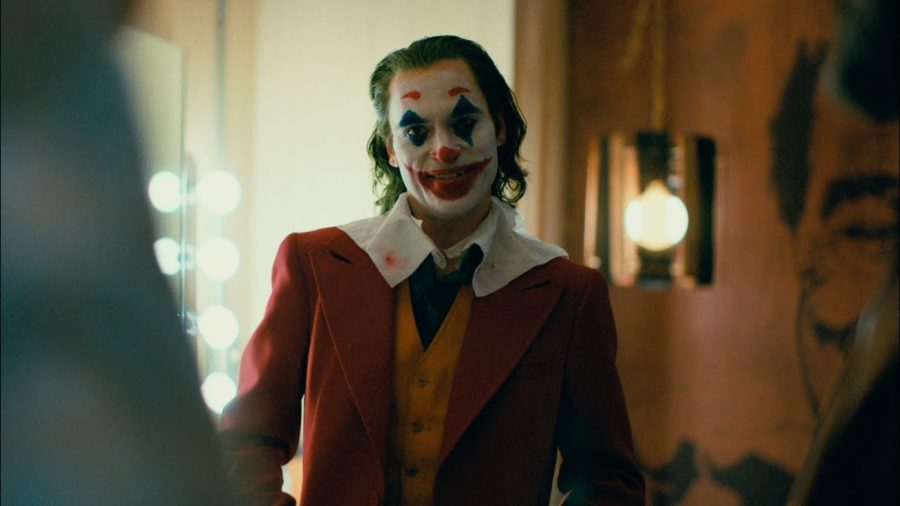 Todd Philip’s Joker has certainly made waves; it’s the highest-grossing R-rated movie in history and has an 89% audience rating on Rotten Tomatoes. The soundtrack is great, the visuals are gorgeous and powerful, and Joaquin Phoenix’s acting is superb.

Good things aside, Joker is different than most movies. The plot… isn’t necessarily there. But, this doesn’t mean it’s worse than others – it just means it’s different. Joker is a character movie, one that is defined by a singular person or group of people who grow and/or change as the story progresses. The titular Joker, Arthur Fleck (Joaquin Phoenix), works his way through an abundance of personal challenges (including a dance in a gross public restroom) and comes out bleeding for it. His situation doesn’t change, but he certainly does.

What makes the character movie so much harder to nail is the fact that you lack one of the two main components of every movie; a character who moves the plot forward and a character who moves the plot backwards. Take any normal Batman movie. Batman is trying to get something done, but there’s always someone waiting in the wings to stop him (whether it be Scarecrow, Joker, Bane, Catwoman… you get it). Joker is different: there are other characters who are hindering Arthur’s progress to comedy king, but they aren’t incredibly important to the story.

Now that you understand why Joker can set itself apart from other movies, you have to understand why it doesn’t make it any better. I will hand it to Phillips: character movies are hard to get perfectly correct and making a movie in the first place is not a forgiving task. However, sloppy writing and cringe-worthy rhetoric leave Joker on its iconic stairs.

There’s many a situation where an actor is handed a lacking script and told to “make it work.” Joaquin Phoenix did that, and I wouldn’t be surprised if he won some big-name awards for it. But Joker chokes on its own-self importance, which can be seen in the writing. Phillips and his co-writer Scott Silver were so focused on the idea of trying to make Arthur Fleck a working-class hero that they leave out everything else. In a dogged attempt to make itself gritty and dark, quotes from classics like Taxi Driver and Raging Bull are tucked away into the script. What good is that going to do besides get hits with pulpy classics fans? Phillips and Silver were so caught up in the idea of setting themselves apart from all the other irreverent superhero movies that they forgot to put good content into theirs. I’m not saying that the script doesn’t have merit – it does – but it’s overshadowed by packing grimy, slimy imagery and nonsensical garbage into a two-hour run.

The other thing about Joker is that its rhetoric is based around the lives of its core audience – the straight white man. They’ll look at it and relate to Arthur Fleck because he is who they think they are – people strung along by society’s expectations of them to be “okay.” At this point, the audience looks past all of the other things happening in the plot, mainly Arthur’s creepy relationship with his down-the-hall neighbor Sophie (Zazie Beets). In my eyes, Sophie’s affection for Arthur seemed like a kindness rather than mutual admiration. The relationship is uncomfortable at best, frightening at worst. Not to mention, every woman Arthur interacts with is a black woman – most of them being nameless. IndieWire picked up on it, I picked up on it, but the movie makes no such comment. The connection Phillips tries to make with one of the most marginalized communities on Earth is clunky, predatory, and doesn’t make much sense. It’s shoehorned into a miasma of actually important commentary on mental illness, class division, and the nature of moneyed politicians. Though all that other stuff is important, it gets buried under bad jokes, gruesome imagery, and sloppy references.

Joker isn’t cut from the same cloth as all other movies. It is different, and that means it needs to be looked at from a different perspective. But, a different perspective can still point out all the flaws Phillips made. I wouldn’t recommend it to anyone or watch it again. Yes, it has merit, but the glaring mistakes can’t be missed. I guess that’s what you get when you cross a mentally ill loner with a society that abandons him and treats him like trash.