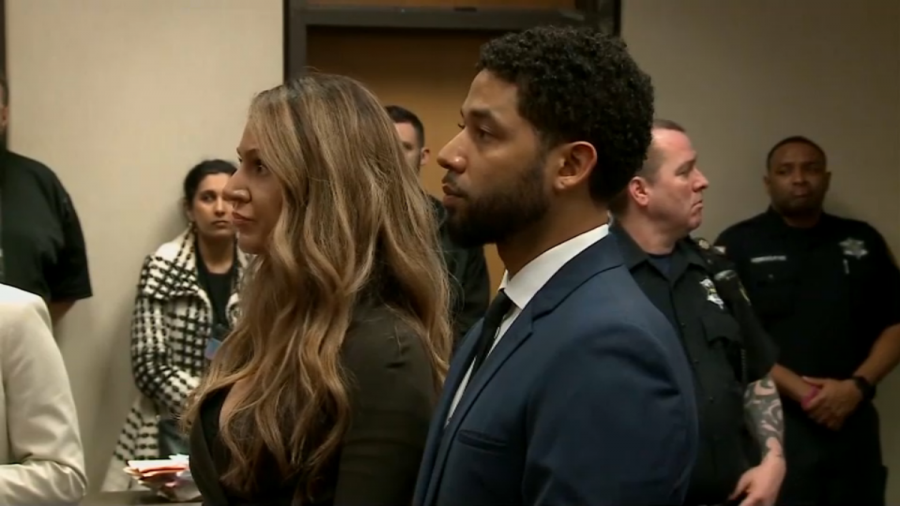 Jussie Smollett was supposedly attacked back in January, and questions never stopped arising from such an interesting case. Jussie Smollett was born in Santa Rosa, California in 1982, and his career took off quickly, when he began starring in commercials at the age of five.  As years passed by, Jussie Smollett’s fame grew. In 2015, he was cast as Jamal Lyon on Fox channel’s show, Empire.  With his casting in such a popular and likable show, Jussie Smollett’s name and face began to be recognized by many, but it is possible that his surge in fame over the past four years may not have been enough to quell his appetite to be known by all.

Though Smollett’s personality was never thought of as being criminal until only a few weeks ago, this is not the case.  Back in 2007, Smollett was involved in a misdemeanor in which he gave false information to law enforcement. He was pulled over for driving under the influence, and then he proceeded to give the police officer a false name as well.  He led the police to believe that he was his younger brother, Jake Smollett, and he signed the false name on his promise to appear in court. Not only that, but he was also driving without a valid driver’s license. In the case, he pleaded no contest.  A no contest plea means that Smollett did not admit to being guilty, but the court would determine the punishment without objections from Smollett, so it has the same weight as a guilty plea. He was sentenced to two years of probation. His criminal acts took a break for twelve years, but resurfaced in January of 2019.

On January 22, 2019, Smollett received a hateful letter filled with both racial and homophobic slurs and supposedly a white powder.  The letter depicted a stick figure that was being hung from a tree, along with a gun being pointed at it. The image was drawn in a thick, red marker.  In letters cut out from what appears to be a magazine, the note says things such as, “You will die”, and “MAGA,” along with containing hateful words. A week went by filled with silence despite the letter and very limited media attention, but that all would change the following Tuesday.

On January 29, 2019, Jussie Smollett was supposedly attacked at 2:00 in the morning and then sent to the hospital.  The initial report stated that he had been on his way to the Chicago Subway station when two white men wearing ski masks beat him, put a noose around his neck, and poured a chemical substance, possibly bleach, on him.  As the men attacked him, they yelled offensive comments at him such as, “This is MAGA country.” The attack ultimately resulted in Smollett fracturing one of his ribs. As soon as the attack occurred, the Chicago Police Department launched an investigation, believing the attack to have been a possible hate crime.  The following day, security footage was found of the two possible suspects with the hope of using it for identification.

On February 1st, Smollett spoke out for the first time following the attack.  Talking to Essence News, Smollett claimed, “My body is strong but my soul is stronger.”  He then continued on to thank the countless people that were supporting and loving him which included many celebrities and organizations.  He had yet another interview about two weeks later, this time it was with Good Morning America.  He spoke of his deep anger about many believing that the attack was staged.  The day prior to this interview, two men were arrested in connection with the attack.

Olabinjo and Abimbola Osundairo were the two brothers arrested as the main suspects in the case.  Olabinjo had been an extra on Empire, and he could have come to have known Smollett that way.  They police gathered information on the two men such as their scheduled departure to Nigeria following the attack.  Though that may have seemed incriminating, the two were released two days after their arrest without being charged. Many were questioning what had happened in the Smollett case to have released the men.  Rumors about the attack being staged thus began to surface.

These rumors would continue to spread across the country.  Two days after the brothers were released, CNN shared their findings that two sources in the police claimed that the Chicago Police Department believed Smollett to have paid the Osundairo brothers to stage the attack.  Later that day, Deadline confirmed that the police department had changed their trajectory in the investigation, believing Smollett to be an active participant in the attack itself.  Then, the brothers spoke out saying that Smollett had believed that the threatening letter would gain more attention, and when it did not, he orchestrated the attack.

On February 21, 2019, nearly a month after the letter and three weeks after the attack, Smollett turned himself in to the Chicago Police Department.  He is being faced with the possibility of up to three years in prison and $25,000 in additional fees. He was being held on a $100,000 bond and was released from prison that day since he paid it.  Smollett’s faked attack and letter did not result in the outcome he ever had in mind, and now people will never look at him the same way.

Following Smollett’s arrest, the show, Empire,  cut Smollett from the final episodes of the season.  Not only that, but many are enraged with Smollett. The Chicago Police Department is furious with the waste of time and resources that Smollett caused.  Also, Smollett’s faked attack takes the credibility and response away from attacks of others that truly did occur and can be rather painful for the recipient.  Though Smollett ended up getting a great deal of publicity from the attack, it was not the type of fame that he had in mind, and he would be lucky to ever be cast on a major network show ever again.