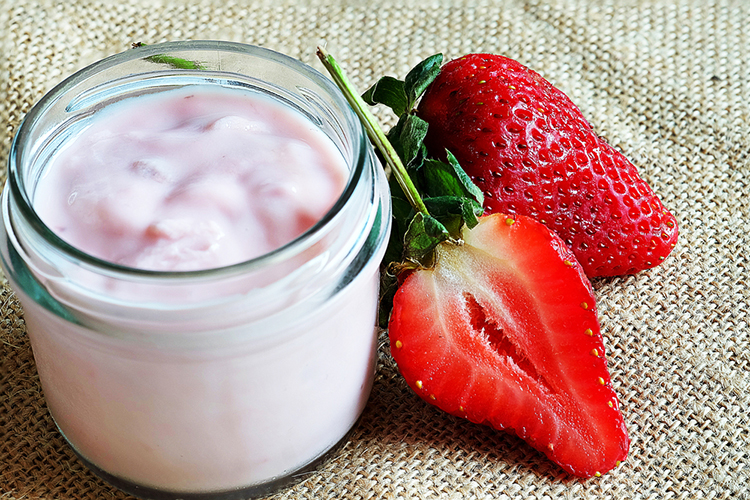 From Yoplait to Siggi’s, there are many unique brands of yogurt sold across the country, with hundreds of unique flavors. While trying them all would take years, I decided to taste most of the versions of strawberry yogurt that were offered at the local Meijer and Trader Joes. This way, I could consistently test the quality of the yogurt, and not let all of the flavor variety effect my research. Over the course of about two months, I managed to try all of the yogurts at these locations. Based on everything that I tasted, these are my top five brands, in order from best to worst.

Noosa: The flavor of this yogurt resembled that of a Go-Gurt, although not in a bad way. Creamy and smooth, the flavor was exceptional, and it had a solid, yet not overpowering, strawberry taste. The small pieces of the berry that were dotted throughout weren’t too big and added an occasional burst of flavor. It tasted like real strawberries and was overall quite delicious.

Meijer’s Greek: Although it was only a store brand, Meijer’s Greek yogurt was surprisingly scrumptious. One of the most pertinent positives was the lack of bitterness. Many Greek-style yogurts tend to have a slight aftertaste on the back of the tongue. Meijer’s, however, managed to avoid this. The flavor of cream arrives as a kind of pleasant aftertaste, which I thought was nice, although it too could have used more of a strawberry flavor. The texture was quite smooth, and the yogurt seemed to melt in my mouth, therefore putting it with the top few that I tasted.

Oikos Greek: The first thing that I noticed when tasting Oikos Greek yogurt was the smooth, creamy texture. Although slightly thicker than the rest, it still wasn’t too heavy, and it contained enough flavor to be able to notice that it was strawberry. Once again, the taste resembled that of a Go-Gurt, but this yogurt did not taste as artificial and once again had a hint of cream. There was no tartness, and it was even slightly sweet. Although similar to Noosa, Oikos was thicker and contained the same milky flavor that was found in Meijer’s Greek. This yogurt was delicious.

Elli Quark: Although not a yogurt, Elli Quark is one of my top choices both flavor and texture-wise. The spoon-able cheese was light and airy, and was surprisingly not as thick as one would expect. It was fluffy, smooth, and had a solid amount of strawberry flavor. The flavor of cheese was absent, for the most part, except for a slight hint on the back of the tongue. If I had any complaints, it would be that it could have used a bit more strawberry, but overall this product was both unique and delicious.

Trader Joes Greek- At first, this yogurt seemed slightly distasteful. It wasn’t as smooth as the rest of the yogurts that I had tried and was quite sweet. As I continued to eat, however, the flavor seemed to improve. Though the yogurt still wasn’t very creamy, the overwhelmingly sweet flavor became less pronounced over time. In a way, it was similar to drinking a smoothie. The small chunks of strawberry that were dotted throughout weren’t too thick and added an extra burst of flavor. While the texture still could have used improvement, this yogurt was well made was definitely one that I would eat again.

Trying these yogurts was a unique and enjoyable experience. It helped me to identify my favorite brands of yogurt and opened my mind to many new styles. If you are looking for a new lunchtime staple or simply something fun to do in your free time, then I suggest attempting a yogurt food crawl. It’s an entertaining- and delicious- way to explore the many food options that line the shelves at your local supermarket.

What is your favorite brand of yogurt? Let us know in the comments!