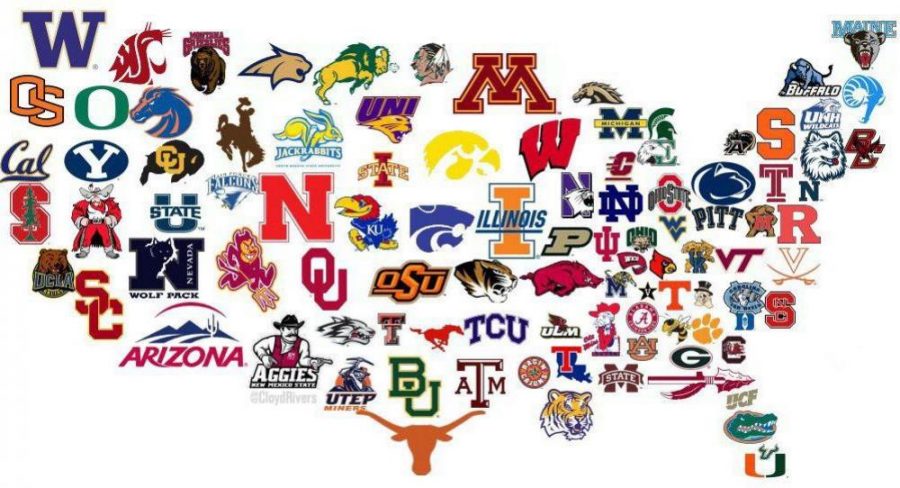 Are college student-athletes really amateurs if they are paid? Some talented high school upperclassmen are recruited to play Division I sports. However, they are not classified as professionals; they are amateurs playing for a school. Every year as the college football season rolls around the argument of whether college athletes should be paid comes up. The debate centers around men’s Division I basketball and football, because those programs typically bring in the most money for schools. People who say that college athletes deserve more money than what scholarships are worth do not look at the extra benefits. Even the NCAA states their mission is to “promote amateurism to create a level playing field for all student-athletes” (NCAA*). Offering college athletes a salary would effectively ruin college sports.

Students are just that: students. Collegiate sports are used as a stepping stone to receiving a higher education, it is not a career. Participation in college sports involves more than just athleticism; it requires being in college-level courses and earning good grades. Attending class is part of the educational experience and development of individual character, which differentiates student-athletes from professionals who get paid. You wouldn’t pay a music major who goes to band rehearsal to keep their scholarship, would you?

When you look at the numbers, paying college athletes with a flat salary would not help them receive more benefits than a scholarship. For example, if an athlete was paid $100,000 each year it would be far more than the national average salary of $56,000. Full athletic scholarships for prestigious Division I schools (Stanford, Northwestern, Duke, etc.) all hover around $65,000. The value of their scholarship is not just room and board. Student-athletes get provided with private tutors, an elite food plan, exceptional quality living arrangements in addition to what average students get. Coaching, tuition, meal plans, and other amenities are worth about $50,000-$125,000 a year (Dorfman***); an amount that comes to athletes for free. The argument whether or not to pay college athlete is moot; they are already paid.

Putting that aside, $100,000 salary is impressive. However, the student receiving the money would be an employee, and as a result, is subject to taxes. This employee would owe $23,800 in federal income taxes, $6,700 in state taxes (increasing around $2,400 a year), and roughly $2,000 for assorted taxes such as Social Security. This totals $34,900. After paying for tuition, room, and board, books etc. he would be left with $100 (this would not pay for the tutors and elite meal plan). Such as small sum would not make much of a difference for the student, but paying all of the athletes would be a huge loss for college athletic departments. Basically, they throw away $35,000 by paying athletes a salary of $100,000 versus giving out a scholarship worth $65,000 (Thelin**).

Players and their families usually overestimate what the player is worth and would most likely be surprised how few coaches would be willing to pay someone that much money. Many schools would not even have the fiscal dexterity to give away that kind of money so it is more likely fewer full-ride scholarships would be given if athletes were paid in salaries, not scholarships. Eventually, this would turn college sports recruiting into a business. It’s not hard to realize that the salaries offered by schools might vary greatly and most of the time, the taxed salaries given will not cover full tuition or the benefits that accompany scholarships.

Paying student athletes could destroy some of the fundamental benefits of college athletics. How would colleges decide the pay scale? Would everyone get the same amount? Would there be higher compensation for previous high school All-Americans? Paying players based on the level of performance, like the NBA or NFL could create problems between teammates. The recent situation with Leveon Bell is a forecast for what could happen. He held out on an NFL contract because he wanted more money. He didn’t come back all season and his teammates became very frustrated. They eventually started taking shoes and other items from his locker because he didn’t seem to care about the teammates. Quarrels like this can lead to a destruction of important friendships and bonds that could last a lifetime. College is a place where many people make friends for life.

Another benefit of college that paying student athletes could ruin is the entire aspect of the school experience. If these college kids are making money, what incentive do they have to go to class? Many of them believe that going to class is pointless if they are just going to make money playing sports. This is faulty logic because nothing is guaranteed in the world of sports. One injury can end a career.

The most special part of participating in sports is the passion and competition that comes along with it. Some players choose colleges based on the lights they get to play under. The student body comes to cheer them on. The whole stadium is all-in on the game. If the only motivation is money, athletes might take on a pro-player mindset. They might lose the hunger and passion to be better if they receive a salary. If you watch the NBA, there is some pretty lazy defense being played. What will stop college athletes from taking plays off if they are being treated the same way as the pros?

Star players bring in a lot of money for their college programs. I propose that players make money based on their individual value. Colleges can start to sell jerseys and other apparel bearing a player’s name and/or number. Athletes would make a portion of profits from sales of their gear.

College athletes should not be paid a salary. These athletes are amateurs playing for a school; for the time being, they are not professionals. A salary would not be a better value than a scholarship for the athletes, and colleges would lose thousands of dollars. Paying athletes a salary would ruin college sports.