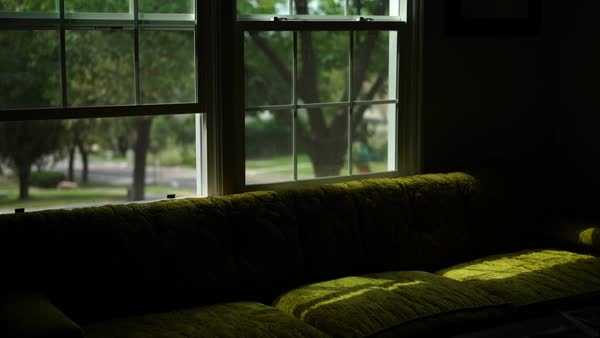 Slow streams of sunlight filter through the sliver in a curtain heavy with dust that flickers in the air like snippets of film on a busted reel. The curtain melts over the window pane like languid wax, an apathetic shield to the slowly sinking sun that bathes everything in creamy hues of tangerine. The sun’s rays stretch and tumble into the room, crawl onto the walls and seep into the carpet, spreading warmth and illumination into every crevice that they touch.

The fulgurating dust has begun to sink, settling on the arms of the couch in a feather-light kiss. The atmosphere is thick with a fat silence; a silence that is all consuming, a quiet that drapes itself over every surface, every form, aimlessly meandering. There is a leak in the rusting pipes far up-above, the negligible drip-drop of crystalline water slicing the stillness open, each drop resembling the piercing tears of a weeping angel. There are forms, vaguely humanoid in their sleep-soft molds, laid out on the couches pushed against the walls of the room. Their outline is ambiguous; their lethargic limbs swaddled in heavy fabrics.

Patches of skin are revealed as the fabric that envelopes the listless forms slips from their drooping shoulders, the figures slumping further into the supple fabric of the couch. These snippets of flushed skin quiver like sudden winks shared between lined faces that ooze laughter before being dragged back into their halcyon state of complacent stillness. On the sofa closest to the cracked window that is exuding warmth, there lies two forms tangled up in each other’s embrace; two hearts, two souls, one breath shared between parted lips, a whisper that bleeds don’t leave, hold on to me a little tighter, would you please? They bask in the mushy after-glow, let it consume them whole. They bathe in it, drown in it until they melt completely: undone.