The MLB’s Pitching Bubble… and why it is about to break.

An attempt to figure out why Arrieta and Darvish haven't signed yet. 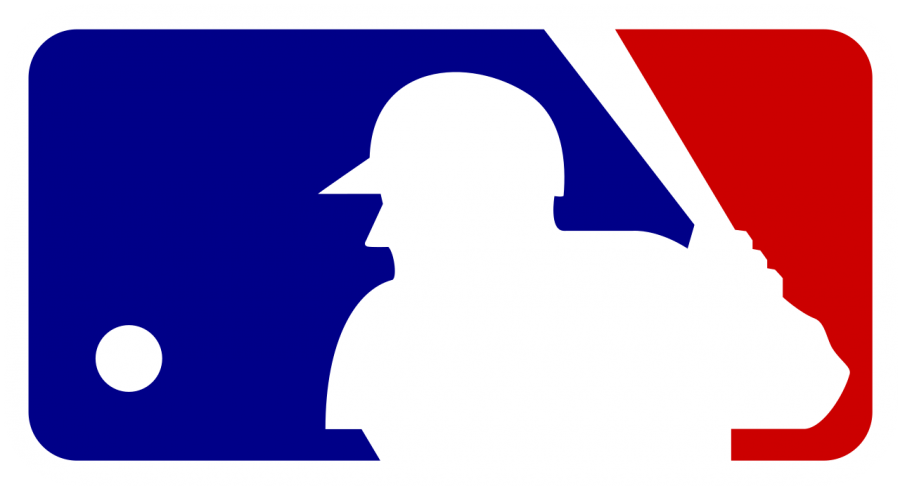 For about a month, the MLB hype was at one of its highest points in recent memory. In the past four years, there have been three World Series to go all seven games, with this year the Astros defeating the Dodgers to claim the franchise’s first league championship. While the Astros celebrated, everyone else built up an anticipation towards the offseason. On December 9, dominance shifted back to the Bronx, as the Yankees traded for NL MVP Giancarlo Stanton, pairing him with another 50 homer phenom in Aaron Judge.

Since then, the MLB’s been stuck in a dead period with little headline worthy activity, while several big name players remain unemployed. The two most notable names still available are starting pitchers Jake Arrieta and Yu Darvish. Both 31 and with recent histories of success, anticipated their juicy contracts.

A significant event to the trend of paying elite starters big money was in 2009 when the Yankees signed CC Sabathia to a 7yr/$161 million deal. At the time in his early 30s, Sabathia was the most dominant pitcher in the game. The Yankees figured they could pay him a ton of money to have him for the remainder of his prime.

This idea translated into the best pitchers in the game being paid figures north of $130 million. Clayton Kershaw and Max Scherzer make at least $30 million a year over 7 years, to start maybe 30 times a season, plus the playoffs. Arrieta and Darvish likely commanded those types of figures in negotiations this offseason. However, they clearly didn’t get that type of money, as they’re still on the market. The big question is why has the demand for an elite starting pitcher suddenly dropped? 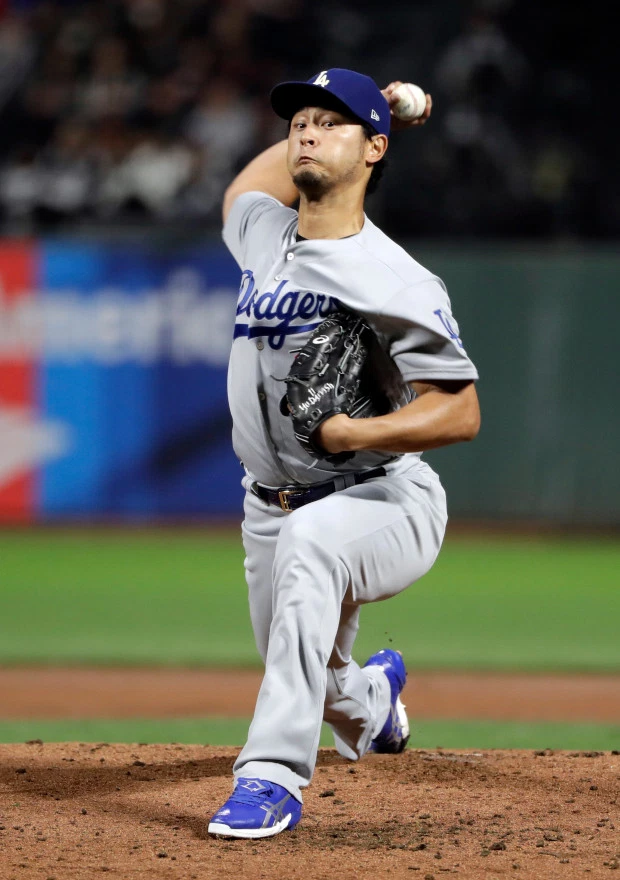 After being acquired from the Rangers, Darvish help bolster the Dodgers’ rotation, helping them to their first World Series since 1988.

2016 was the year to be a free agent starting pitcher. Most notably there was David Price (7yr/$217 mil.) to the Red Sox and Zack Greinke (6yr./$206.5 mil.) to the Diamondbacks. As a result, Johnny Cueto, Jeff Samardzija, Jordan Zimmermann, and Mike Leake got inflated contracts. At a certain point it isn’t a logical contract to offer. It’s hard to live up to $217 million, especially at a career point where results begin to decline.

Economically, a “bubble” refers to an extremely highly inflated and abundant product that occurs so suddenly it can’t be stabilized. When it destabilizes, the bubble “bursts.” Arrieta and Darvish are feeling the effects of the burst. Starting pitchers have been devalued from the Scherzer and Price standard, so teams aren’t going to pay starters as much in the future.

In addition, the idea of Moneyball has revolutionized the way teams approach player acquisition. Moneyball refers to the strategy used by GM Billy Beane of the Oakland Athletics. The A’s were consistently competitive, but were a small market team that couldn’t compete financially with most teams. As their top players demanded more money, they went elsewhere where they could get more money. In order to stay competitive, the A’s had to find player value where nobody else did. This was the spark of the analytics movement everyone loves to talk about now. The A’s used statistics to gain an edge in finding hidden gems of players. This idea is everywhere now.

Overall the goal of the movement is to find the highest value of player at the lowest price. Economic principles have taken over the game, where it’s a measurement of opportunity cost. It’s more worth it to take a cheaper player that’s not as good as a more expensive player even if they’re better. To better explain, here’s an example. The Cubs were willing to let Arrieta walk because they thought they would have to pay him Scherzer money to keep him, so instead they signed Tyler Chatwood, 28, for 3 years and $38 million. Chatwood isn’t the elite player Arrieta is, but say Arrieta ends up getting $20 million a year as opposed to Chatwood’s $13ish. The idea is that Chatwood pitches better at $13 million than Arrieta pitches at $20 million. 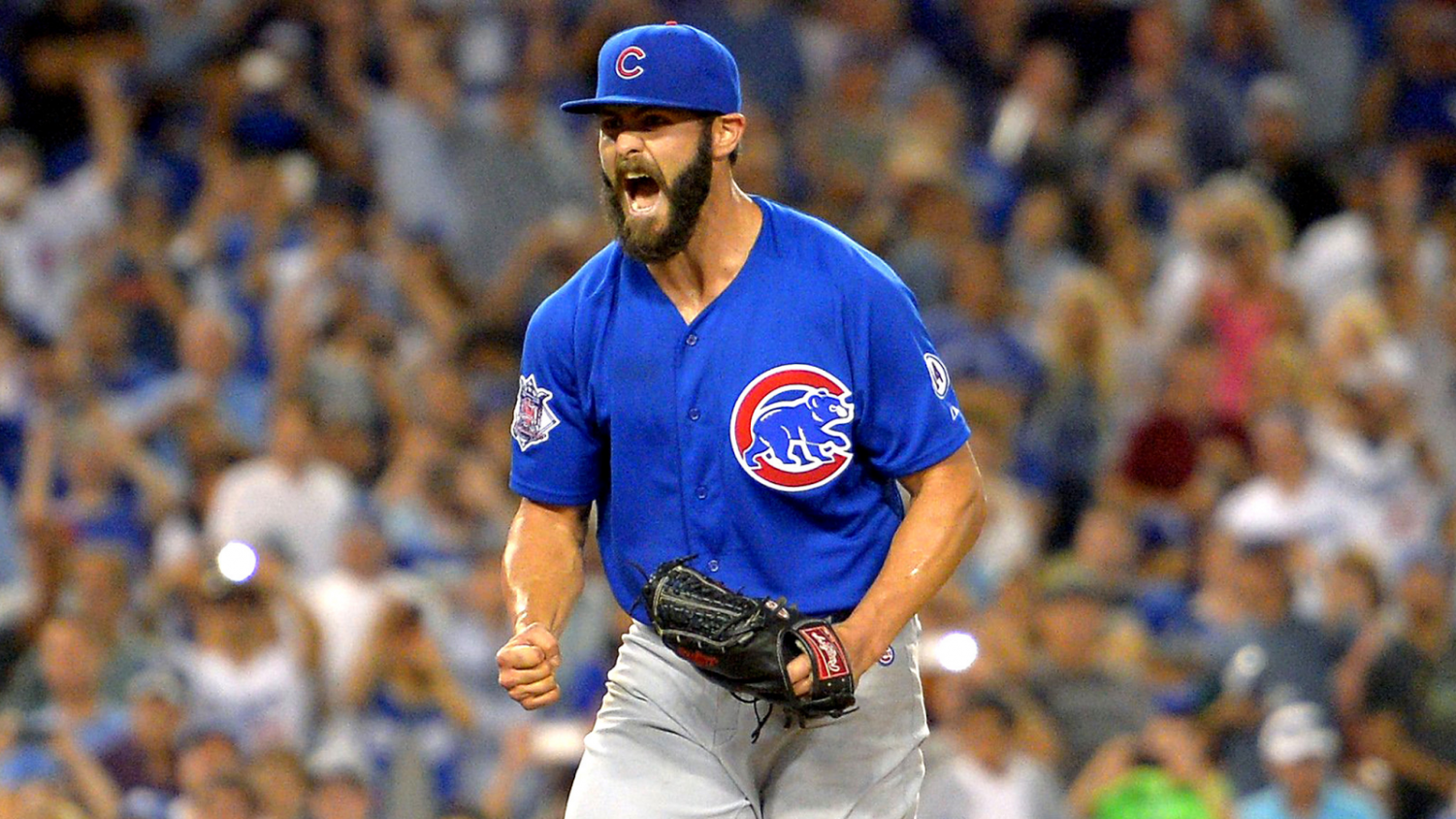 Since coming over from the Orioles in 2013, Arrieta has developed into an elite pitcher with the Cubs, winning the Cy Young Award in 2015, and helping the team win their first World Series since 1908.

There’s also the concept of a “cost-controlled” player. These players are coveted because their production significantly exceeds their financial burden. There are three main names that come to mind: Jose Quintana, Sonny Gray, and Chris Archer. Quintana had been a well above average pitcher for first part of his career, but the Cubs gave up their top prospect to get him because his contract is through 2020 at a mere $5 million per year. The Yankees did the same thing with Gray. Archer’s name is constantly thrown around in trade talks because his contract is $25 million total through 2022, so the Rays would be able to get top prospects, in exchange for an elite starting pitcher at an affordable price.

At last, perhaps the biggest idea going on throughout the MLB is the idea of the “super-relievers” and more emphasis being put on the bullpen. Flashback to the 2014 World Series between the Royals and the Giants. Madison Bumgarner dominated the Royals in Games 1 and 5. Giants’ starter Tim Hudson went only 1.2 innings with 2 runs given up, but they led 3-2 by the 5th inning, when they brought in Bumgarner, who in one of the most memorable moments in recent sports history, pitched 5 nearly perfect innings to keep the lead intact and give the Giants the World Series.

In 2016, there was Andrew Miller. After trading for him midseason, Miller was the Indians’ most valuable weapon throughout the playoffs. Every game had a similar approach: get 4-5 innings out of the starter, give the ball to the lanky lefty with the lead and let him go 2-3 innings, and then give it to dominant relievers Bryan Shaw and Cody Allen to finish.

The Yankees learned from this and assembled an army of dominant relievers. This best played out in the AL Wild Card game vs. the Twins. Starter Luis Severino was one of the best in the regular season, but got rocked in the 1st inning giving up homers to Brian Dozier and Eddie Rosario and lasting 0.1 of an inning. They were able to chunk together the rest of the game with Chad Green, David Robertson, Tommy Kahnle, and Aroldis Chapman. The offense got going to get 8 runs, and the Yankees won 8-4.

Remember David Price? The same player the Red Sox paid big money to get in 2016-was struggling significantly, and by the playoffs he wasn’t one of the four starters. So, the Red Sox, made him their $217 million version of Miller, a role in which he flourished in.

This plan of stacking the bullpen in the playoffs has been the norm the past 2 seasons, and looks very much like it’s here to stay. Pitchers come up throwing harder than ever, as middle relievers throw high 90s. There’s also the new cardinal sin of baseball: Letting a pitcher go through the order for a third time. The idea is that by the time a hitter faces a starter for the third time in a game, the pitcher is much more fatigued, and the hitter has 2 at bats to time the pitcher.

As seen with the Indians in 2016, there are flaws. They rode their master plan to a 3-1 in the World Series, but then the Cubs had seen the pitchers enough to make adjustments. Corey Kluber started Games 1 and 4 of the Series and shut the Cubs down and got it to the bullpen, but when he started Game 7, the Cubs hit him hard because they’d seen him enough times. They did the same thing to Miller, Shaw, and Allen in the Series.

Traditionalists say this bad for the game, and talk about the days Greg Maddux and Nolan Ryan would go 9 innings a game an dominate. However, sports evolve. The NBA has more emphasis on 3-pointers, and football more of a no-huddle spread offense. Baseball might be going to a point where there are no longer starters and relievers- just pitchers. Relating this back to Arrieta and Darvish, there isn’t a need for a elite starter anymore. There are cheaper alternatives that can find roles to function similar as a dominant starter.

Here’s my prediction on what will happen. Eventually, a tier 2 free agent pitcher like Alex Cobb or Lance Lynn will sign for $x and y years. At this point, Arrieta and Darvish will know where they’re worth in the market. If Arrieta and Darvish are the losers in this subject, the winner is the Chicago Cubs. If I can figure this situation, Theo Epstein can as well. He knows he can get Arrieta or Darvish at a bargain They still might have to pay $20-25 million, but instead of 6-7 years, it would be over 3-4 years. They’d also still be in a position to go after Bryce Harper or Manny Machado after the 2018 season.

Expect some more dead time, and when someone signs, a bombardment of signing will follow. After that, the days until Spring Training will be a lot shorter, and before we know it, Opening Day. I’m smiling just thinking of it.